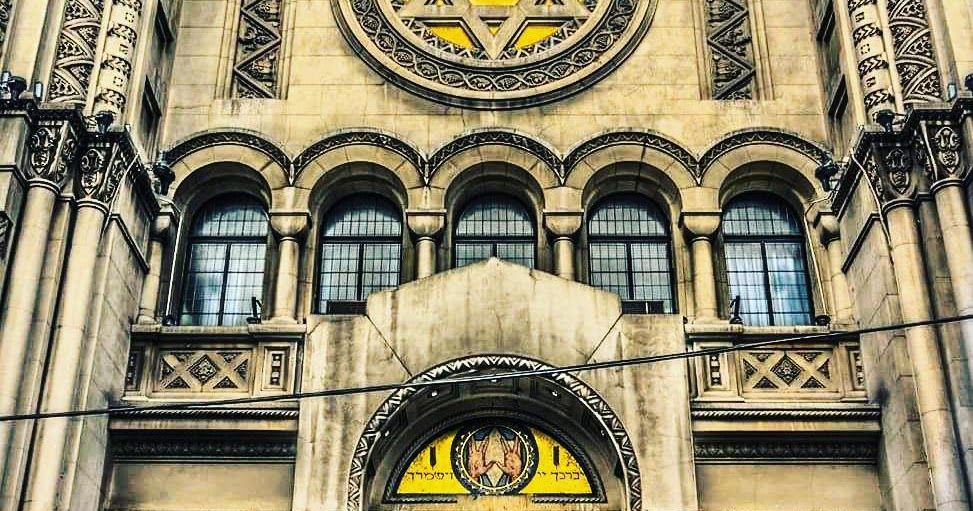 Friday morning began bright and early with two Professional Training Workshops. The first focused on Planned Giving and Endowments, which of course is critically important to our own community as we are in Year 4 of our Create A Jewish Legacy Program. All Federation communities have prioritized their Endowment Programs as these truly are they key to ensuring a strong and vibrant future to continue the work of Federation and our beneficiary agencies and synagogues.

The second workshop was an interactive session looking at the many types of community members we have in our Federations, from our young adults to our founding members. We talked with our peers to learn how we can keep our Jewish communities a place where we can engage all ages of Jews with varying interests with the shared values we all have. We learned that every community must keep programming relevant for all of our members while remaining focused on our Mission to serve the Jewish people in ways that continue to be meaningful and impactful for everyone.

Following the morning workshops, we boarded our buses to visit the LeDor VaDor Senior Home in Buenos Aires. This spectacular Jewish Senior Home in Argentina is home to 300 residents and also has a new Assisted Lving Facility as well. We had a tour of this magnificent home and got to meet with a few of the residents who described their life at LaDor VaDor and the exceptional care they receive, the many activities they get to pursue at the Home and the strong sense of family that has been created. It is a wonderful, loving and very special place for Jewish Seniors to live as they age. One woman who we got to visit with stated that “When I came to LeDor VaDor, I was unable to walk and felt no will to live. Now, I can walk. I fly like a bird and I am so happy and have a beautiful life”. There was not a dry eye in our group as she shared her story and we got to see the happiness and joy she now has at the Home. We sang songs with the residents and helped them bring in Shabbat before we departed.

We had lunch with a group of student leaders who work and volunteer with the Jewish Agency in Argentina. Together with these inspiring young adults, we created a “family tree” where we spoke about our Jewish Journeys - where we came from (the roots of the tree); where we are now (the base of the tree); and where we are going (the branches and leaves of the tree). It was eye opening to learn that no matter what part of the world you are in or where you live, our Jewish values are shared and are common whether you speak English, Spanish, Hebrew or any other language. We then participated in creating a group “orchestra” and music performance with our combined group of over 170 people to show that alone, you can play one instrument but together you can create an entire orchestra. Once again, we are reminded that “We Grow Stronger TOGETHER”!

After lunch, we went to the site of the former Israeli Embassy in Argentina which was bombed and destroyed in 1992 in an Anti-Semitic attack. 29 people were killed in the bombing and 242 were seriously injured. There is now a memorial at the former site of the Embassy, where we said Kaddish for the victims. It was Argentina’s deadliest terror attack until the 1994 AMIA bombing and remains the deadliest attack on an Israeli diplomatic mission. At the memorial, there are 21 trees which were planted and 7 benches to remember the victims of the attack. The investigation into the attack has been a source of criticism and argument and remains ongoing to this day.

Following our visit to the memorial, we were addressed by the Israeli Ambassador to Argentina, Daniel Biran Bayor. The Ambassador was the Chief Security Officer at the Israeli Embassy at the time of the 1992 bombing and he narrowly escaped the bombing that day. He described the events of that fateful day and showed us a video of the aftermath of the bombing which was difficult to watch and heart wrenching. The Ambassador told us that his wife was working in the Embassy at the time and the fact that she survived and recovered from her injuries was truly a miracle. He also shared the story of a woman who was a non-Jewish housekeeper at the Embassy who was seriously injured in the bombing. Following this incident, the Ambassador worked to enact an Israeli law securing lifelong care for anyone injured in such an accident.

Friday evening our Mission participants had a choice of three Shabbat Services to attend. Richard and I went to the AmiChai Conservative Synagogue in Buenos Aires for a fabulous Shabbat service. The synagogue was huge and filled with almost 800 people for their Friday evening Shabbat service. It was thrilling to see so many local Jews of all ages sharing Shabbat together. The Rabbi was absolutely wonderful and was joined on the Bimah by a Bar Mitzvah boy as well as 6 musicians who delighted the congregation with their festive Shabbat music and songs. Although the service was in Spanish, we of course were able to participate in the songs and Hebrew prayers, and felt welcomed by the congregation and part of their Buenos Aires family.

Following services, we returned to our hotel for a festive, but very late, Shabbat meal. Customs are definitely different here in Argentina, as dinner was not finished until 11PM! We are all quite tired, but definitely inspired by this beautiful community and the new friends we have made from other Federations.

On Saturday, we will go to prayer services, and participate on walking tours and get some much needed rest before joining together as a group in the afternoon  followed by Havdallah services in the evening.