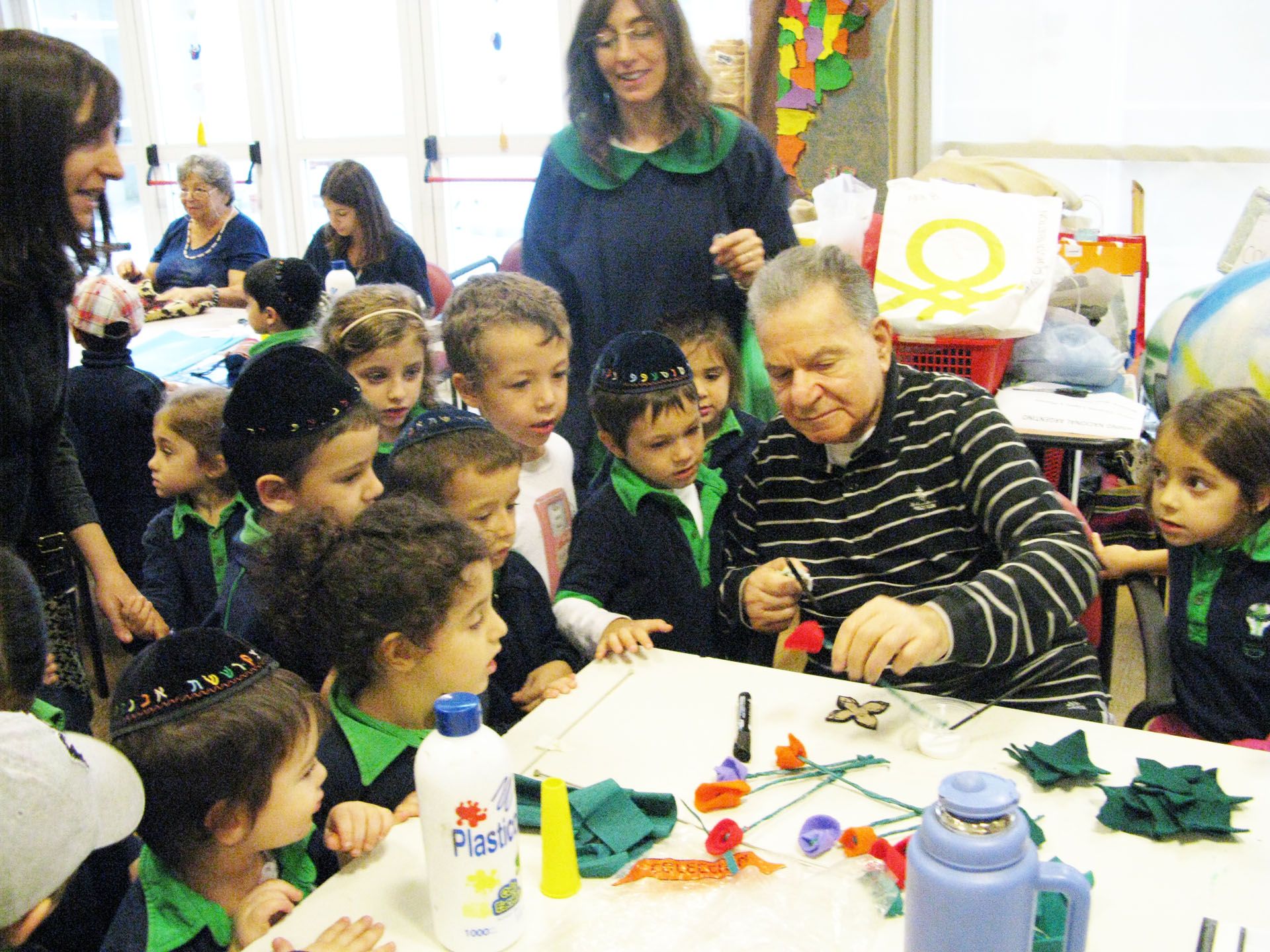 On Sunday morning, we began with 7AM workshops. Wendy attended a Women’s Philanthropy session to share ideas and information with both professional and lay leaders involved in Women’s Philanthropy from around the country. It was a terrific session with many of the top WP leaders and provided me with several ideas to bring home to our Women’s Philanthropy Team, Michelle Silberglied, Jenn Steinberg and Barbara Blumberg.

Richard attended a session for General Campaign leadership where he got to interact with the best leaders from around the country to discuss how they will bring all of the lessons and information home that we learned on this Mission to share with our Delaware 2020 Campaign Co-Chairs, Lisa Dadone-Weiner and Russ Silberglied, as well as our Board of Directors and of course are wonderful community members. We learned so much here in the past week and we want to make sure that we have the opportunity to share what we have seen and learned with everyone at home.

AMIA is the umbrella of the Argentina community - much like Federation is the umbrella of our community. Created in 1894 by a group of Jewish immigrants, AMIA holds a bond with Argentinian people from the beginning of life to the end of their lives as the main cultural and service center for Jews in Buenos Aires. The AMIA bombing was an attack on the Asociación Mutual Israelita Argentina building in Buenos Aires on July 18, 1994, killing 85 people and injuring hundreds and injuring over 300 - only 2 years after the attack at the Israeli Embassy in Buenos Aires. This is now the deadliest terrorist attack to date. Over the years, the case has been marked by accusations of cover-ups. All suspect that Hezbollah was ultimately responsible for the deadly bombing.

Every year, the institution hosts memorials and conducts actions to demand justice in honor of the 85 people murdered in the deadliest terrorist attack ever perpetrated in Argentina. Five years after the bombing, on May 26, 1999, AMIA’s new building was inaugurated in the same place where the old one was located. Under the motto “For Justice and For Life”, the institution officially reopened its doors at 9:53AM, the exact time the bomb had exploded.

We gathered in the courtyard for a prayer service for the victims and learned about the stunning sculpture created by Israeli artist, Agam as a gift to AMIA when it reopened in 1999. There are 9 mural pieces in the sculpture which represent a Chanukkiah (and 1+ 8 = 18 = chai). The colors of the rainbow in the sculpture symbolizes peace between god and humanity... “after every storm there is a rainbow “.  The sculpture represents Renewal + Hope + Strength + Light. The mural on the wall shows two angels climbing Jacobs ladder and the mural represents Memory + Truth + Justice.

At the end of the afternoon on Sunday, after our group caucuses, we all gathered back at the hotel for final thoughts and memories of our incredible journey to Argentina and Uruguay. National Campaign Chair, David Brown from Chicago, told us that as a result of the Mission, $3.7 Million was raised for the 2020 Annual Campaign from Mission participants - this is a 12% increase in gifts from the 2019 Campaign!  In addition, Mission participants added 7 new Lions of Judah, and 8 new LOJE (Lion of Judah Endowment gifts) and over $40,000 in supplemental gifts. We were all extremely proud to be a part of this wonderful Mission and of the work that is being done overseas for our Jewish family in Argentina and Uruguay.

THANK YOU ALL SO MUCH FOR SUCH AN UNBELIEVABLE OPPORTUNITY!

I can't wait to get home to share all of the stories and photos and ideas from our Journey - See you all soon!