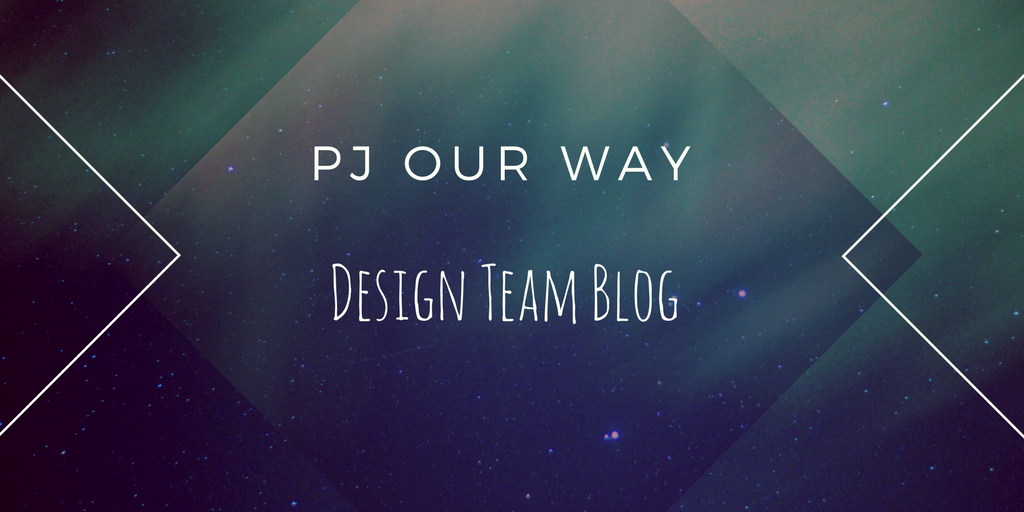 The PJ OUR WAY Design Team on Why You Should Join

Check out this great video on why the PJOW Design Team thinks you should join! 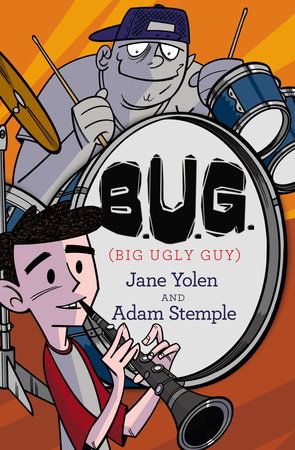 I chose a song from B.U.G. for this blog post, and it is called Soul Power Klez style. I love this book. It is an amazing novel by Adam Stemple and Jane Yolen that combines the life of a regular Jewish boy with a golem (a large clay creature said to have protected the Jewish people) that he created to protect him from the big bully at school. He ends up creating a band, and in the back of the book are some of the band’s songs. It has lyrics but no music, so I composed some music to go with it and here it is: 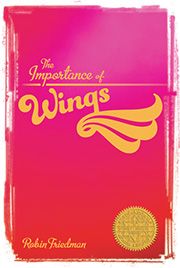 Book Review: The Importance of Wings

“The Importance of Wings” is my favorite PJ Our Way book so far. It was funny in some parts but meaningful in the end. I think that it shows how you should be brave. My summary of this book would be that two sisters named Roxanne and Gayle move to America from Israel. They move to the house next to the quote-un-quote cursed house. It isn't ugly or rundown, in fact it’s the biggest house in the neighborhood (and it’s pink.) All the people that have lived in the house have been supposedly cursed.
Roxanne and Gayle both don’t fit in. Roxanne and Gayle both hate gym. About a third of the way through the book, another girl moves in from Israel named Liat. She and her dad move in to the so called cursed house. Everyone can’t wait to see what will happen to her. Gayle and Roxanne get up the nerves to go and say hello. They become friends and Liat doesn’t believe in the curse, so she tries to encourage them to toughen up. It doesn't work at first, but eventually they overcome their fear. At the end of the book the supposedly cursed house burns down. All the kids say “looks like the curse strikes again,” but Roxanne and Gayle think differently. (This next passage is from the book.)

“They say the fire is only the latest example of the terrible reliability of the curse. Even when we point out that no one got hurt in the fire and that the cursed house itself is gone they insist that the curse struck again.

Some people even believe a new house will be built on that spot one day, and that it will be cursed too.

Gayle and I are right.

Even if a new house goes up on that spot one day, the curse itself is gone. 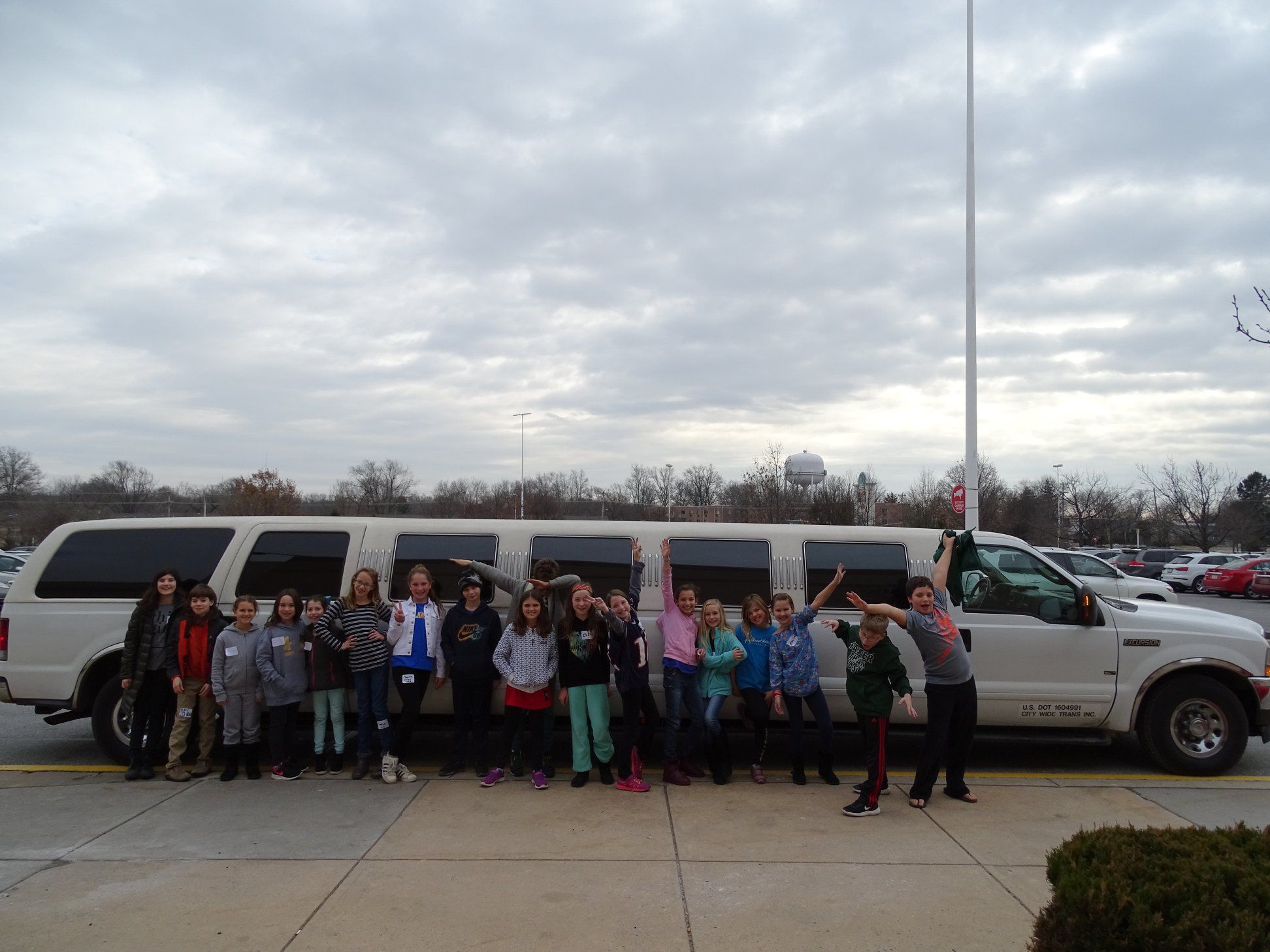 As a PJ Our Way event, we took a limo ride all around Wilmington, DE! At first, I thought we were just going to rent a big van or something, but it was a legit limo! It even had lights on the ceiling, really comfy seats, and didn’t have any seat belts. The grown up supervisor people had a box full of little pieces of paper that had confusing riddles or something crazy written on them.

Our first paper said “Do the mannequin challenge with a mannequin.” That one was pretty easy. Everyone started to yell out random stores that had mannequins. We eventually settled on Target. Once we got there, we walked to the back of the store and did the challenge (even though there were no mannequins where we did the challenge).

When we got back in the limo, everyone was fighting over their seats. We finally agreed on keeping your same seats the whole time. Some people groaned and some cheered. After that ordeal was over, we picked the next clue, and this one was the most embarrassing. It said that we had to find a little kid and ask him/her to sing “Mary had a little lamb”. We took a vote on where to find a little kid. We all said a park, but then we argued over which park to go to. When someone suggested the Brandywine Hundred Library park, everyone was like “Sure!”. So that’s where we went.

As we were driving there, my friend Sophie and I took a picture of a balloon I found earlier and we named it “Sodium Hydrochlorite”, or “Sodi” for short. He was golden and was probably used for a kid’s party or something. Anyway, when we got to the park, there were only three kids there. One was too old, one was a baby, and one was just the right age. I was way too shy to go ask the kid to sing, but my sister went over and asked her to sing. She was so cute! After that, my sister told the chaperones that she did the challenge. When we got back in the limo, two other girls wanted to take our balloon, which was annoying.

Once we were all settled back in the limo, we picked the next clue. It said “Take a picture of the Delaware state bird.” Then we had a crazy argument about whether or not blue hens actually existed. One girl finally said, “Well, does it have to be alive?” After the grown ups said no, we all said to go to a store that had blue hen T-shirts. We settled on Dicks sporting goods.

Then all the girls (and some boys) in the front sitting where I was started to sing Hamilton. After the first song, it was all quiet in the limo, so we decided to sing another song. We sang the first song and “Aaron Burr, Sir,” and after that, we started to do “Guns and Ships.” After the really fast rap, the main supervisor told us to stop, because we were too loud and not everyone was enjoying our singing. We sulked for a minute, then tried to decide on a song everyone knew. We couldn't decide and we arrived before we could sing.
At Dick’s, there was a big board that said “Fly Eagles Fly!” and a bowl of sharpie markers below it. We were all allowed to write something fo the Eagles on it. There were already a lot of names and writing on it, so we each had to find a space between something to write. Then, Sophie and I made a video of us walking through the store. We found an aisle that was full of shirts with Blue Hen T-shirts. We grabbed one and took a picture of it.

The last clue we got to do was “What has keys but doesn’t unlock anything?” We all screamed “A piano!” We decided to go to the guitar store. It was a really short drive there and once we arrived we headed to a section that had multiple pianos and keyboards. We took a picture of one of the pianos and got back in the limo.

Since we didn't have any more time to do clues, we went back to the JCC. While we were in the limo, we picked one last clue that we were going to do at The JCC. It said take a picture of everyone jumping off of a high thing. We went to the JCC and ran around to the back area to jump off of soccer bleachers. As we're running on the sidewalk, my friend Sydney tripped, fell and scraped her knee. We had to wait there for a while until the grown-ups came because we ran ahead of them. They brought the first aid kit and we patched her up with a Band-Aid. We were all crowding around her, so the chaperones said she needed some space. We all went to the front of my school which is right by the JCC: Albert Einstein Academy.

I saw one of the girls who had tried to take the balloon sitting on the steps by herself. I thought of the balloon and how if I took it home, my dog would have eaten it. So I walked up to her and said, “Here. You can keep the balloon. If I take it home, my dog will eat it anyway.” She just stared at me for a second like she couldn't believe I was actually giving it to her. Then she smiled at me and said “Thanks. But I don’t really need it either.” So I said ‘“What should we do with it?” Then she did the weirdest thing! She threw the balloon up in the air and we watched it as it soared off and became a tiny speck in the sky. Then a boy from my class, Ben, came over and said “Why did you do that? That pollutes the environment!” He was actually right. We just looked at each other and shrugged.

By then, Sydney was all better, so we could keep going to the bleachers. Once we got there we all stood, not on the highest level, but on one of the highest levels of the bleachers. It took a couple tries for us to all jump off at the same time, but we finally did it.
Afterwards we went inside the JCC and got prizes. Sydney got the best prize, which was sparkly earbuds from Five Below! So maybe that made her feel better after falling. Afterwards, my dad came to pick me, Miriam and Sidney up because she was coming home with us. All in all, it was really fun! I've never gotten to be in a limo before, and it was fun to be with all my friends! 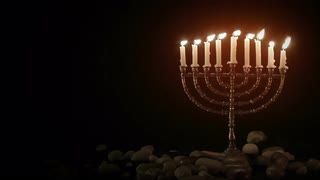 Why Hanukkah is NOT the Jewish Christmas

Today I am going to discuss why Hanukkah is NOT the Jewish Christmas. Christmas is about the birth of Jesus, who Christian people believe is the son of G-d. It is celebrated on December 25th, every single year. Hannukah is about the Holy Temple and military victory of the jewish people. The Temple was destroyed, and there was enough holy oil left to light the eternal light from the Temple for one night, but it lasted 8 nights, and Jewish people celebrate this miracle. Hanukkah is celebrated on the 25th day of Kislev and celebrated for 8 nights representing how long the oil lasted. Traditionally, children would receive gelt (money) as presents, and in modern times many families give the children one present a night. These two holidays celebrate TOTALLY different things, even though they often start/are celebrated in the same month and time of year. 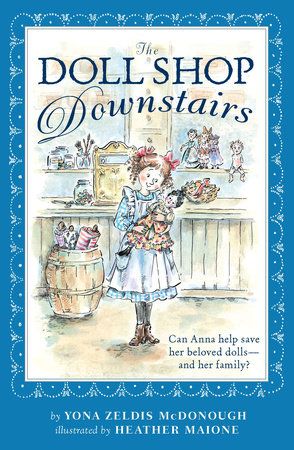 "The Doll Shop Downstairs," is set at the start of World War I. Anne’s family owns a doll shop and receives their supplies from Germany. Once these supplies are cut off due to war, Anne begins making rag dolls with the raw materials and scraps left in the doll shop. She uses things like leftover stuffing, pieces of ribbon and scraps of fabric. Her family displays the dolls in the store window with much success.
If you enjoy stories with female heroines, I highly recommend reading this book. 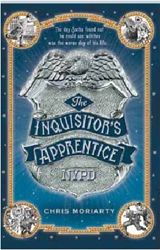 Much like "Secrets of the House of Deledgo," "The Inquisitor's Apprentice" was excellent because it was mysterious. Morgaunt, a seemingly "powerful" villain, puts a magical spell on Wolf, and removes it five minutes later, frightening main character, Sacha. In this book, Sacha and Wolf must uncover the truth to conquer their fear.